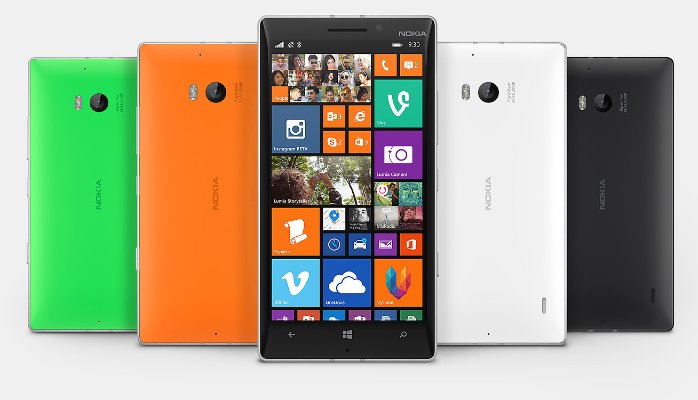 When Nokia first released the Lumia handsets I was delighted. The beautiful sleek design, fun colours, high quality handset – needless to say it instantly became my fav smart phone around. For some people it was the Windows operating system, they could now download PowerPoints and Word documents from their work emails. For some it was the bright colours (Nokia did it first!). For me it was that small, well known stamp of approval, NOKIA.

While the decision to ditch the Nokia brand from the Lumia handsets might not have come as surprise from a business point of view – from a brand point of view this marks a sad day. It’s hard to believe that there will no longer be handsets with the beloved brand.

To me, the Nokia brand has always been the stamp of ‘good quality’ and being the klutz that I am that stamp is a rather important factor during the phone-shopping process. Bear in mind, I’m writing this while my Nokia Lumia 930 (my 3rd Lumia phone) sits on my desk with a smashed gorilla glass screen (told you I’m a klutz) and yet still I don’t see that as a defect to the brand. Any phone dropped on gravel at an unfortunate angle would smash. Which only goes to show that the legacy the Nokia brand carries far outweighs the weeks of annoyance fruitlessly searching for a repair store that will both, deal with Nokia Lumias (harder to find than you’d think! It’s a Samsung/IPhone world out there) and doesn’t cost half a month’s rent.

I should say I am definitely from the millennial generation, I was aware enough during the late 90s early 2000s to sneak my parents’ 3310 and play snake on it but not old enough to be aware of or care about the company not keeping up with the latest technology before its merger with Microsoft. And this seems to be people’s most common complaints/comments when they notice my Nokia phone, slowly inspecting it as though it were an alien by comparison to widely used Samsung and IPhone handsets. That ‘dark part’ of their history does not affect my love for the brand one bit. If anything it was almost exciting to see the brand revamp after being virtually unseen and come in with some of the sleekest looking handsets and highest quality phone cameras.

Now I don’t know exactly what the agreement was between Nokia and Microsoft. I have read that they had a 10 year licensee to use the Nokia brand but the plan was to phase it out. Maybe they didn’t have a choice of keeping it. Maybe the license period was shorter. Maybe they want to promote the Microsoft brand more. But can I just say, that if I were in that marketing strategy meeting I would definitely have been lobbying to keep the Nokia brand on Lumia handsets.

I also should add a disclaimer to Microsoft. I AM NOT A MICROSOFT HATER BY ANY MEANS! I have no qualms with Microsoft but as an end user (the official term techies use for us mere mortals who don’t understand how operating systems work) you can see how I wouldn’t have developed the same love and affection for a brand that we love to blame when we screw up our own computers. And I am the QUEEN of user error.

Let’s be honest, Nokia must be the most iconic phone brand out there. It’s got the most models on any list of top selling phones in the history of mobile phones. The brand has been unchanged for so long but somehow manages to look just as good and up to date on a brand new neon green smartphone as it did on the grey brick phones of the early 2000s. The brand is managed impeccably, and is executed very consistently which undoubtedly was and is the driving force that makes Nokia the respected brand it is that can stand the test of time. I must say it feels like this brand is slipping through our fingers…RIP Nokia!

PS. I know there are rumours that the Nokia brand might return to handsets soon! So the ‘RIP’ was more for the purpose of a dramatic exit :).

Katrina is a brand and visual identity consultant at VI360 London.

Accenture's New Brand Strategy - Will It Work in 2021?